I flew an Airbus 380 from NY to Dubai. It’s a double decker plane and business and first class board directly from the lounge. 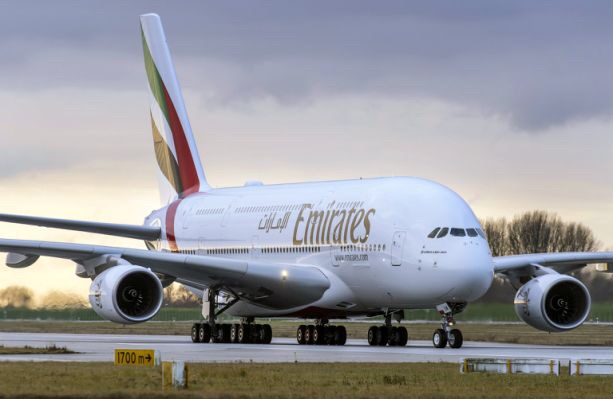 A new first for me was they didn’t take my ticket boarding the airline. Instead you looked into what I assume was a camera or some kind of scanner. You can kind of see in this pix. No idea how they know who you are from this but literally no one took a ticket and no one took my picture prior to this pix at boarding. They boarded the same way in coach. I’m really curious about this and will ask about it if we board the same way in Dubai.

I was in a single seat on the left hand side of the plane. The TV screen was huge!

You’re also given a tablet so I watched movies on the big screen and kept my flight info running on the tablet.

They give you a travel kit with Bulgari amenities. Really nice. And socks and an eye mask.

You have a personal mini bar at your seat 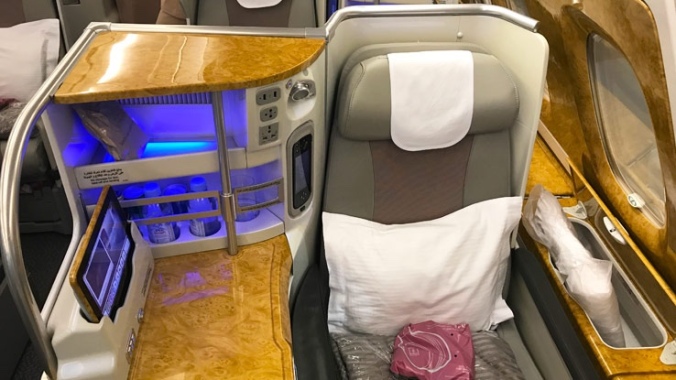 When it’s time to sleep, the seat fully reclines and they give you a mattress to make your seat more comfortable. With an 11pm flight, I was out cold by midnight.

I slept through dinner but the menu is below:

At nighttime the ceiling becomes a starry sky

I woke up about 4 hours later. Most of the plane was still asleep so I took advantage of the quiet to do a photo shoot at the bar/lounge 🤪

You can get pretty much any drink you want, including mocktails at the bar along with snacks, sandwiches, and hot meals. Menu below:

The entertainment system is pretty cool. It has a vast amount of movies and tv shows but also audio books and even descriptive movies for the hearing impaired.

I woke up to a Veuve mimosa caddy and I did get the frittata for breakfast. It was very good, especially for airplane food.

12 plus hours later I landed, well rested and belly full. I have a 4 hour layover and the Emirates lounge in Dubai warrants its own post so more soon!